I've been a bit absent lately, and the only excuse I can give is distraction. For the first time since I started blogging, I have almost NO motivation to actually write reviews (which is ironic since I'm doing the Century of Books challenge). I've been reading, and in the case of my Century of Books reads, I've even been journalling and keeping notes. But the desire to turn those notes into posts has been nonexistent.

To distract you from the lack of posts, I'm going to share this:

I love the Victorian era, and I can't wait to do some dedicated reading in June and July! Maybe I'll finally get Tess of the D'Urbervilles read...
Posted by Read the Book at 4:09 PM No comments: 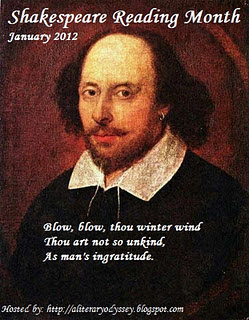 A Midsummer Night's Dream was the first Shakespeare play I ever taught, and even though I don't teach it anymore, I still have quite the soft spot for it. I loved being able to teach a comedy, especially one that my students could relate to so well (liking someone your parents don't approve of, liking someone who doesn't like you back, liking someone who has a donkey's head...wait a minute...). For a while I practically had the play memorized (that's what happens when you listen to it five times a day for a period of several weeks), and upon revisiting it in the form of the excellent Arkangel audio production, I found it to be just as delightful as I remembered.

If I could choose one single line to sum about this play, it would be Lysander's line from early in Act 1: "The course of true love never did run smooth." Ever. Especially not in this play. There are five main couples that the play focuses on: Theseus and Hippolyta are about to get married, and they sort of present the frame for the rest of the story; Theseus is the one who has to decide Hermia's fate. Hermia and Lysander are in love, but Egeus, Hermia's father, for some reason that is never explained to the audience, wants Hermia to marry Demetrius (even though it is EXTREMELY obvious that Lysander is the better guy). Demetrius is sort of a jerk because he was promised to Helena, Hermia's best friend, but one look at Hermia made him dump Helena and pursue Hermia instead. Meanwhile, Helena is still desperately (and embarrassingly) in love with Demetrius.

Off in fairyland (really!), Oberon and Titania are fighting. The premise of the fight is very childish: Oberon wants something he can't have, and the ensuing chaos only makes Titania more and more (rightly so) angry. All of the couples eventually converge upon the forest, get confused (with some help from a handy love potion that Oberon happens to have), get angry, but, in the end, make up and live happily ever after.

The genius in this play (aside from the chaos and the zingers and the Rude Mechanicals, country bumpkins who try to perform a tragedy that ends up being the funniest play in the history of Athens) is how Shakespeare manages to take a serious look at what love is by using humor and comedy. Is love always difficult? Can you ever know if love is true? Can even the truest love be overcome? Shakespeare examines all of these things and comes up with very satisfying conclusions. This is one of Shakespeare's more poetic plays (as in there is a lot of closed form poetry happening, especially rhymed poetry when Oberon, Titania, or one of the other magical creatures is speaking), and that poetic quality lends itself nicely to Shakespeare's musings about love.
Posted by Read the Book at 8:21 AM 2 comments: