The Fairy Tale Post, or I Assure You I am Alive

According to T.S. Eliot, "April is the cruelest month," and in many ways April was a very cruel month to me! April was busy, busy, busy, mostly because I was accompanying for the school's production of State Fair. It was loads of fun to get back to my musical theater roots, but the sleep deprivation definitely took its toll. April started strong for me, but then I floundered: I have put down at least four books that just haven't managed to keep my interest (ironically, all the audio books I listened to in April were wonderful, so maybe I was just too tired to physically read?).

I did, however, manage to read three fairy tale-esque books, so I figured I would talk about all three in one post since I still need to fulfill my fairy tale requirement for the Once Upon a Time Challenge. Without further ado, I give you three petite reviews!

The Girl with Glass Feet, by Ali Shaw 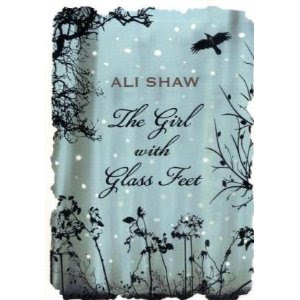 I was probably the last person with a book blog to read this book, but it was well worth the wait! This novel is a darker sort of fairy tale (think Brothers Grimm) but is no less enchanting for its dark, unflinching look at the reality of life. I won't summarize the plot here because I want to focus on the characters. I found Midas to be one of the most complete, cohesive characters I have read in a long time. From the opening passage that tells us that Midas is only comfortable looking at things through the lense of his camera, we know that Midas will face his fair share of obstacles and struggles. Midas is awkward, isolated, introverted, and "rigid in every way;" he knows very little about interacting with people in general. All this changes when he meets Ida (the fact that her name is part of his is probably not coincidence). Ida is struggling with her own bizarre problems, and over the course of the novel, these two characters must confront painful things about themselves, their pasts, and each other. In many ways, both are looking for completion and redemption, and they both look to each other in order to find them. This novel does not give easy answers, and does have its flaws (the winged bulls seemed completely random and unnecessary), but the novel ends as it should and presents itself as a very modern fairy tale. Here are some favorite quotes:

The snow was as stiff as the rest of St. Hauda's Land. The awkward bending of branches in the wind, the brittle leaves that broke like ancient parchments. Even a falcon she had watched fly without grace, with mechanical beats of its wings. As if that was the way of these islands, to seize things up, to weather away their vitality.

She found time for inhibited men, and in doing so found excuses for them. There must be some excuse for the way his father left an inheritance of inhibitions for his son.

This was my favorite of the fairy tale books that I read, and I am anxiously waiting for this to come out in paperback so I can buy it!

Sing Me To Sleep, by Angela Morrison 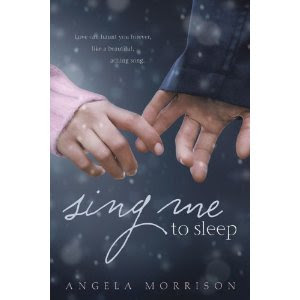 This Young Adult novel was another attempt to add to my summer reading list. It didn't make the cut for the list, but it had some very unique things going for it. It's not the best thing I ever read, but I appreciated how well the author captured a teenage girl's mindset, worries, and thought process. The story is a twist on Beauty and the Beast. Beth, the main character, is a tall, unattractive girl who is teased mercilessly; her classmates find her so unattractive that they call her the Beast. She has one friend, Scott, who she is becoming increasingly aware of as a boy and potential love interest. The only thing that Beth feels she has going for her in life is her singing. Beth has a beautiful voice and is a member of a competitive youth choir. When her choir travels to Switzerland for a competition, she meets Derek. As Beth and Derek attempt to build a relationship, odd things have Beth confused, and the answers to her questions are most definitely not happy. This book does not have a fairy tale ending, but was a pleasing distration from the realities of school and grading.

Curse Dark as Gold
This is a Young Adult retelling of Rumplestilskin (spelling is probably incorrect...sorry, it's a very long German name to spell from memory!). I've always loved retellings of fairy tales; I think I read every Donna Jo Napoli book I could get my hands on in high school! This book was a bit on the creepy side for me (I'm a major wimp when it comes to anything scary), but I really enjoyed the explanations that the author gave for why Rumplestilskin, known as Jack Spinner in the novel, wanted the main character's baby. The writing was much stronger in this novel than in Sing Me to Sleep, which was perhaps due to the fact that Sing Me to Sleep was Angela Morrison's first novel while Curse Dark As Gold was not Elizabeth Bunce's first.

All in all, Girl with Glass Feet was my favorite. Here's to being back in the world of blogging!
Posted by Read the Book at 2:48 PM 3 comments:

Just wanted to post a quick assurance that I AM still alive. I have been running non-stop since my last post, but things have finally slowed down! A post is coming soon about the fairy tale reading I have been doing, so be on the look-out for that!