One of my good friends has a theory about why women love the story of Beauty and the Beast so much (whether in its movie, fairy tale, or retelling form): she believes that women love the idea of being able to fix and heal the men they love. This aspect of love's healing and redemptive powers has a huge role to play in Son of the Shadows, by Juliet Marillier, the second book in the Sevenwaters Trilogy (which isn't a trilogy any longer). I gushed about the first book here.

I'll go ahead and tell you right now that this book is my favorite of the Sevenwaters books, and I fear that my review won't really do it justice. And I really want to do it justice because it is so amazing and perfect in every way. Son of the Shadows builds upon the good work that Juliet Marillier started in Daughter of the Forest and adds elements of a very Beauty and the Beast-esque love story and the importance of choices and making your own path. All this results in a breathtaking book that I was enthralled with from start to finish.

The book opens with Liandan telling the story of her mother and father, Sorcha and Red. Liadan is very much like Sorcha: she loves her garden and is a healear; Liadan, unlike Sorcha, also has the gift (or curse) of the Sight: she can see the past, present, and future in flashes and is very valued by the Fair Folk who aided her mother in Daughter of the Forest. According to Sorcha, Liadan is a woman who potentially has great power to change the course of things because she was not a part of the vision that Sorcha had of her children; Sorcha saw Niamh, Sorcha's older sister, ans Sean, Liadan's twin brother, quite clearly, but only had a glimpse of a shadowy, saddened presence on the outskirts of her vision. This shadowy presence, I think, points to Bran, a man more connected to Sevenwaters and Sorcha's and Red's story than he would ever wish to be.

Just like Daughter of the Forest, Son of Shadows is about the love of family if it is about anything. Marillier sets up the story that she explores in her next book with the story of Niamh and Ciaran. I won't spoil the story of these two characters, but they must fight great pain, danger, and opposition to be together. Ciaran, especially, is a key figure in Liadan and Bran's story, and Liadan is one of the few people who seeks to understand her sister's pain and the great change that overcomes her in the middle of this book.

The reason that I loved this book, however, is because of the story of Liadan and Bran. After Niamh's wedding, Liadan accompanies Niamh and her new husband on part of their trip home. On her return to Sevenwaters, Liadan is kidnapped by members of the infamous Painted Men. These men kidnapped Liadan because they knew of her reputation as a healear and were desparate to help their friend Evan, a blacksmith for the group of fighting men.

As Liadan fights to save Evan, she often goes head to head against the leader of the Painted Men. Simply known as Chief by his men, Liadan christens him Bran because of an intricate raven tattoo that covers the entire right side of his body. Bran is a hard, bitter man who seems to have lived many years beyond his own twenty-one, and he bears a deep dislike and distrust for all women, which naturally extends to Liadan. Liadan stubbornly insists on treating Evan and demands that Bran make that possible. They clash often, and Liadan finds Bran puzzling. He is a hard man who seems to feel nothing, but she also catches glimpses, both because of the Sight and because of her interactions with Bran, of a scared, abandoned child who is terrified of the dark. Liadan is not sure how to resolve these contradictory identities, and it is not until the other men ride off on a mission, leaving behind Liadan to tend a dying Evan and Bran to guard and protect Liadan, that things start to change between Liadan and Bran.

Despite her best efforts, Evan dies, and it is at their makeshift funeral for him that Liadan and Bran, Bran especially, show their vulnerability. This oppenness finally bridges the gap between the tentative starts at understanding each other and the acknowledgment of love and desire that Liadan and Bran make. The rest of the novel focuses on the fight that Liadan must survive to not only be with Bran but to bring Bran back to himself. 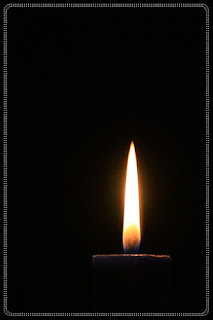 Photo Credit
Again Marillier presents two very real characters trying to figure out who they are and how they can be together. Bran has many obstacles to overcome before he can allow himself to consider a life with Liadan and his son, Johnny, and it is Liadan that must bring him past many of these obstacles. She becomes, quite literally, the light that guides him. It is not until he can acknowledge this and be honest about his past that he can come out of the shadows and accept his true place in life and at Liadan's side.

There is so much more to this story, but I simply can't do justice to it here. The heart of the story, however, and the thing that moved me the most about Son of the Shadows, was Liadan's steadfastness is loving and helping Bran. She tells her mother, "we share a bond. Not love, exactly. It goes beyond that. He is mine as surely as sun follows moon across the sky. Mine before ever I knew he existed. Mine until death and beyond." Liadan shines for Bran through the darkest nights, she pulls him from the darkness (both literally and figuratively), and she sets a whole different story into motion with her bold choice of Bran and the life he offers. She is his hope, and she helps him find the strength to live with the hope and goodness and brightness that he finds in and with her.

This story is so much more than a romance: it tells a story of the true nature of love, and it is a powerful testament to why hope and love are necessary for our survival.

Please don't just take my rather scattered, ill-spoken word on this. Find these books, read them, and be swept up in this wonderful world created by a gifted storyteller and excellent wordsmith.
Posted by Read the Book at 12:11 PM