A Well of Despair and Joy

Never fear, my friends! The despair and joy have all been of the vicarious, literary variety. Since my last posting, I have found myself immersed in the world of Harry Potter (both on the page and on the screen, and crying through both), marvelling at the wonders of Oxford (courtesy of A Discovery of Witches--not sure how I feel about it yet), and feeling deeply for the pain and loss that made up the War to End All Wars as experienced and depicted by Vera Brittain in Testament of Youth. 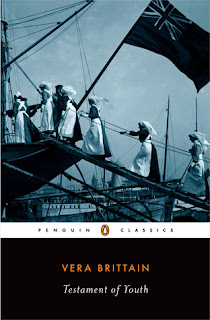 I will be reviewing Testament of Youth very soon, but I think the review will not be the end of it; this memoir has taken a distinct and strong hold on me (it even achieved the impossible: I found myself wondering during Deathly Hallows, Part 2 at what a difference it makes to fight a war (against Voldemort) that has meaning, purpose, and necessity; I think Brittain would have envied Harry & Co. their conviction and knowledge that fighting Voldemort was absolutely necessary and must be done, but more on that later!).

I have also picked up The First World War, by Hew Strachan, in an effort to understand this war more. I knew little about it beyond major dates, vague memories of battles, and Wilfred Owen's "Dule et decorum est." Now I find that I must know as much about the war as possible, and I sense that I could well be reading about the war (in both fiction and nonfiction) for quite a while. 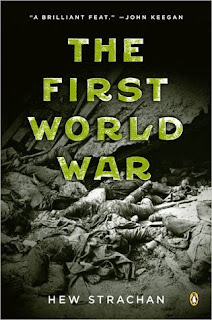 So there you have it. What has captured your reading imagination of late?
Posted by Read the Book at 3:39 PM

Hi, thanks for stopping by my blog and commenting on my Captain America review! Lovely blog - speaking of Harry, I still haven't been able to bring myself to blog about the final film. SO good!

Thanks, Ruth! I have several times tried to blog directly about Harry, and I just can't do it. I suppose that means the series just means too much to me to be able to put it into words :)

I read Testament of Youth last year (and then her other Testaments), and I also felt like I needed to read more about the war - that I'd forgotten whatever I'd learned. I got John Kagan's book, which is still sitting on my TBR pile.